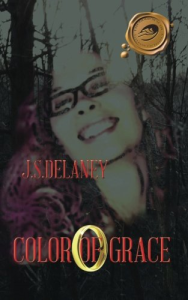 The McAlister family is a family that has been torn by years of hatred and strife But Colonel McAlister sees his chance and is going to get this done. His daughter was murdered and his son-in-law spent years barely alive because of the lies and greed of someone in the department. He needs proof to take this man down and he knows just who can get it for him.

Captain Ambrose Bear McAlister is an angry man. He was taken away from his mother and sent to live with his Indian family at five and grew to know that he was half Irish and half Indian and would always be on the outside looking in. His grandfather was a chieftain and his other Grandfather was a Colonel. Despite his Grandfather’s wishes he joined the Marines at eighteen. Finished college with a PhD in International Affairs and joined Special Forces. Oh Yes! trying to rein in Bear was just as hard as keeping him alive these days, but the Colonel knew just what to do and this circumstance was one Bear would be prefect for if he could stay alive long enough.

Princess Margareta Angelina Aghustoff is in trouble. Her parents have been blown up along with her Aunt and her Uncle in their own dining room. Exports from Norway have been stopped because of illegal export of weapons charges. NATO has sent in their troops to investigate and her brother and her. She is being hunted by her Uncle. Julius, her trusted servant has found someone to help her. She trusts him completely only to find out Julius is working with her Uncle. Unless Bear can turn this around and quickly all will be lost and Uncle Magnus will be unstoppable.

Read about the team that helps Angelina and Bear save a country, a family, and win this round of a war between unstoppable forces. Laugh with characters that take their work seriously but maybe not each other. Cry with sadness and triumph for a people that have struggled with hatred and discrimination, loss and deceit in their own ranks.

When she finally regained some control, she whispered “Vår Morke Engel”. Bear looked at her stunned “You used to call me that! What does that mean?” Bear asked. She leaned away from him so that she could look at him. She ran her hands through his hair and touched his face like the blind trying to remember every feature.

“Our Dark Angel, Michael saw you and he was scared and we couldn’t get him to calm down so Julius told him that when he saw you he should know that he was safe because you were our dark angel. You even left us presents. When our parents were killed you brought Michael a teddy bear and Regna her doll when her mother was killed. You left an angel snowflake ornament on my pillow.”

This site uses Akismet to reduce spam. Learn how your comment data is processed.